Wavelength is a social guessing game where two teams compete to read each other's minds. It’s a thrilling experience of TALKING and THINKING and HIGH FIVING that anyone can play—but it also has some of that deep word game sorcery, like Codenames, where your decisions feel tense, strategic, meaningful.

Wavelength is designed by Wolfgang Warsch, Alex Hague, and Justin Vickers. Wolfgang is the creator behind The Mind and won the Kennerspiel des Jahres award in 2018—basically the most prestigious award in tabletop games. Alex and Justin make Monikers, which the New York Times called “the perfect party game.” 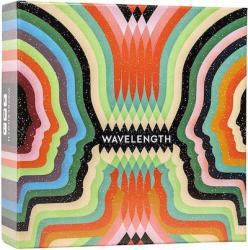