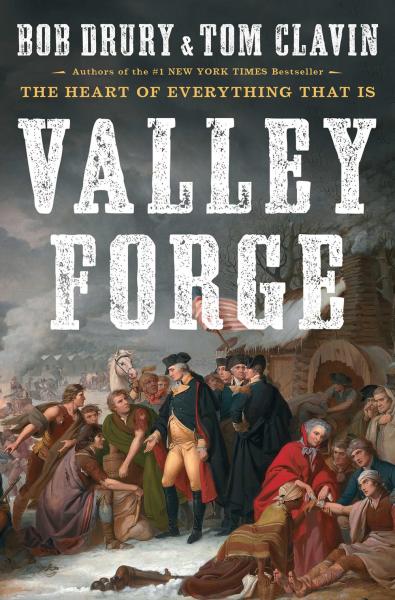 The #1 New York Times bestselling authors of The Heart of Everything That Is return with one of the most inspiring—and underappreciated—chapters in American history: the story of the Continental Army’s six-month transformation in Valley Forge.

December 1777. It is 18 months after the signing of the Declaration of Independence, and some 12,000 members of America’s beleaguered Continental Army stagger into a small Pennsylvania encampment 23 miles northwest of British-occupied Philadelphia. The starving and half-naked force is reeling from a string of demoralizing defeats at the hands of King George III’s army, and are barely equipped to survive the coming winter. Their commander in chief, the focused and forceful George Washington, is at the lowest ebb of his military career. The Continental Congress is in exile and the American Revolution appears to be lost.

Yet a spark remains. Determined to keep the rebel cause alive through sheer force of will, Washington transforms the farmland plateau hard by the Schuylkill River into a virtual cabin city. Together with a dedicated coterie of advisers both foreign and domestic—Marquis de Lafayette, Baron von Steuben, the impossibly young Alexander Hamilton, and John Laurens—he sets out to breathe new life into his military force. Against all odds, as the frigid and miserable months pass, they manage to turn a bobtail army of citizen soldiers into a professional fighting force that will change the world forever.

Valley Forge is the story of how that metamorphosis occurred. Bob Drury and Tom Clavin, the team behind such bestsellers as The Heart of Everything That Is, The Last Stand of Fox Company, and Halsey’s Typhoon, show us how this miracle was accomplished despite thousands of American soldiers succumbing to disease, starvation, and the elements. Here is Steuben, throwing himself into the dedicated drilling sessions he imported from Prussian battlefields. Here is Hamilton, proffering the shrewd advice that wards off his beloved commander in chief’s scheming political rivals. Here is Laurens, determined to integrate the Continental Army with freed black men and slaves. Here is Lafayette, thirsting for battlefield accolades while tenaciously lobbying his own king for crucial French aid.

At the center of it all is George Washington, in the prime of his life yet confronting crushing failure as he fends off political conspiracies every bit as pernicious as his incessant military challenges. The Virginia planter-turned-general is viewed by many as unqualified to lead the Continental Army after the humiliating loss of Philadelphia, and his detractors in and out of Congress plot to replace him. The Valley Forge winter is his—and the revolution’s—last chance at redemption. And, indeed, after six months in the camp, Washington fulfills his destiny, leading the Continental Army to a stunning victory in the Battle of Monmouth Court House. The momentum is never again with the Redcoats.

Valley Forge is the riveting true story of a nascent United States toppling an empire. Using new and rarely seen contemporaneous documents—and drawing on a cast of iconic characters and remarkable moments that capture the innovation and energy that led to the birth of our nation—Drury and Clavin provide the definitive account of this seminal and previously undervalued moment in the battle for American independence. 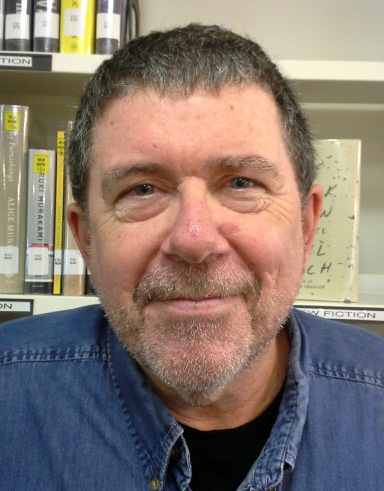 TOM CLAVIN is a bestselling author and has worked as a newspaper and web site editor, magazine writer, TV and radio commentator, and a reporter for The New York Times covering entertainment, sports, and the environment. He has received awards from the Society of Professional Journalists, Marine Corps Heritage Foundation, and National Newspaper Association, and two of his books were nominated for the Pulitzer Prize.

Two of his books have been New York Times best sellers, The Heart of Everything That Is and Halsey’s Typhoon. Other books that have received popular and critical acclaim include The DiMaggios, Last Men Out, Gil Hodges, Roger Maris, and The Last Stand of Fox Company. Reckless may eclipse them all!

Tom was born in the Bronx, and when he was eight his family moved to Long Island. He graduated from Deer Park High School, and then attended Suffolk Community College, University of Southern California, SUNY Albany, and SUNY Stony Brook, eventually scoring a Master’s Degree in literature. After knocking around the country for a while, his first professional job was as a publicist and proofreader for Sterling Publishing, which at the time produced annual editions of The Guinness Book of World Records. He began freelance writing and editing in 1980, and moved to Sag Harbor, NY two years later. Tom still lives there, and his two children, Kathryn and Brendan, were born and raised in Sag Harbor.

His professional positions have included working in the newspaper game on eastern Long Island – 15 years as a roving writer for The New York Times, managing editor of The East Hampton Star, editor-in-chief of the Independent chain of weeklies, and writing arts features and the “Farther East” column for the Press News Group. Gradually, writing nonfiction books became his full-time occupation. Reckless: The Racehorse who Became a Marine Corps Hero (NAL/Penguin) is his latest project, and next up, with Bob Drury, is a book for Simon and Schuster on Old 666, the B-17 bomber that had the most decorated crew of World War II.

*Buy your copy from Wellesley Books in order to meet the author and have him sign your book at the event.