We're thrilled to host two fantastic middle grade/YA authors, Laura Ruby (author of Thirteen Doorways, Wolves Behind Them All) and Erin Entrada Kelly (author of Hello, Universe). This discussion will feature insights into Laura's new novel York: The Map of Stars, and Erin's new novel We Dream of Space.

Support our independent bookstore and buy
the authors' new books from Wellesley Books below!
We'll ship your order straight to your home. 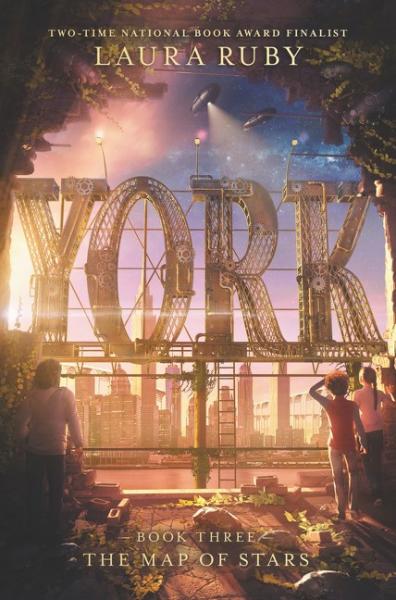 ABOUT YORK: THE MAP OF STARS
The thrilling conclusion to two-time National Book Award finalist Laura Ruby’s epic adventure through the streets of an alternate New York City. It was only a few days ago that Tess Biedermann, Theo Biedermann, and Jaime Cruz, along with a mysterious figure from the past, managed to survive an assault on the location of the latest clue in the Morningstarr cipher—and, in the process, made a shocking discovery about their own connection to this one-hundred-sixty-year-old enigma. Now the friends are divided. Tess and Theo have no idea what the photo they found in Greenwood Cemetery means, but Jaime is convinced that they do, and that they’ve been keeping their own secrets from him. As the city continues to break around them, suddenly solving the greatest mystery of the modern world seems less important than saving their own friendship. The stakes of completing the cipher, however, have never been higher. Darnell Slant, real estate developer and owner of all the Morningstarr buildings, knows that they hold one last secret: a power that even the Morningstarrs themselves never revealed. The world has rested on a precarious balance of power for generations; now Slant and his shadowy business partners aim to unbalance it. It’s up to Tess, Theo, and Jaime to uncover the Morningstarrs’ final mystery in a desperate attempt to set things right. The world—theirs, and possibly others—depends on it. 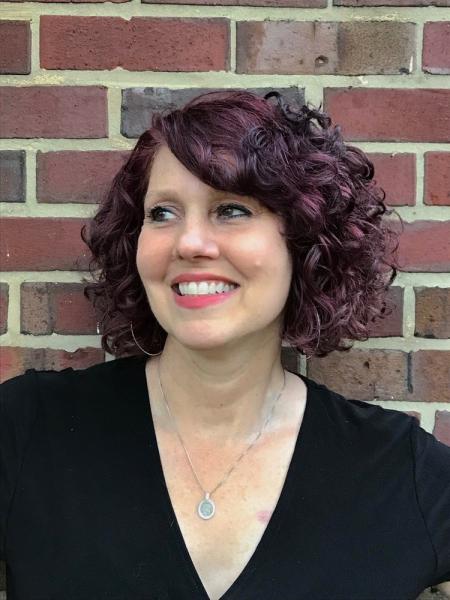 ABOUT THE AUTHOR
Laura Ruby is the author of books for adults, teens, and children, including the Printz Award-winning and National Book Award finalist Bone Gap, the first two books in the York series, the Edgar-nominated mystery Lily's Ghost, the Book Sense Pick Good Girls, the acclaimed novels Play Me and Bad Apple, and Thirteen Doorways, Wolves Behind Them All (Fall 2019). She is on the faculty of Hamline University’s MFA in writing for children and young adults program and lives in the Chicago area. You can visit her online at www.lauraruby.com. 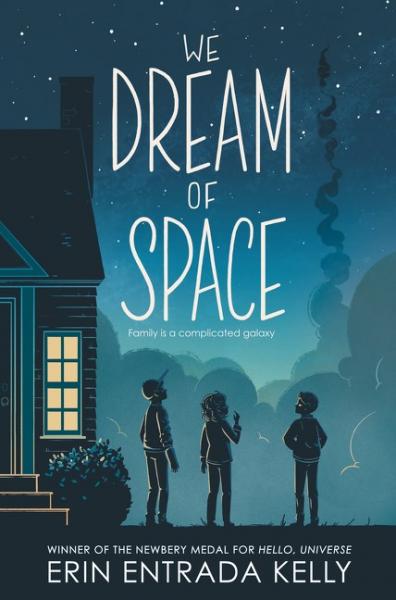 ABOUT WE DREAM OF SPACE
Newbery Medalist and New York Times–bestselling author Erin Entrada Kelly transports readers to 1986 and introduces them to the unforgettable Cash, Fitch, and Bird Thomas in this pitch-perfect middle grade novel about family, friendship, science, and exploration. A great choice for readers of Kate DiCamillo, Rita Williams-Garcia, and Rebecca Stead. Cash, Fitch, and Bird Thomas are three siblings in seventh grade together in Park, Delaware. In 1986, as the country waits expectantly for the launch of the Space Shuttle Challenger, they each struggle with their own personal anxieties. Cash, who loves basketball but has a newly broken wrist, is in danger of failing seventh grade for the second time. Fitch spends every afternoon playing Major Havoc at the arcade on Main and wrestles with an explosive temper that he doesn’t understand. And Bird, his twelve-year-old twin, dreams of being NASA’s first female shuttle commander, but feels like she’s disappearing. The Thomas children exist in their own orbits, circling a tense and unpredictable household, with little in common except an enthusiastic science teacher named Ms. Salonga. As the launch of the Challenger approaches, Ms. Salonga gives her students a project—they are separated into spacecraft crews and must create and complete a mission. When the fated day finally arrives, it changes all of their lives and brings them together in unexpected ways. Told in three alternating points of view, We Dream of Space is an unforgettable and thematically rich novel for middle grade readers. We Dream of Space is illustrated throughout by the author. 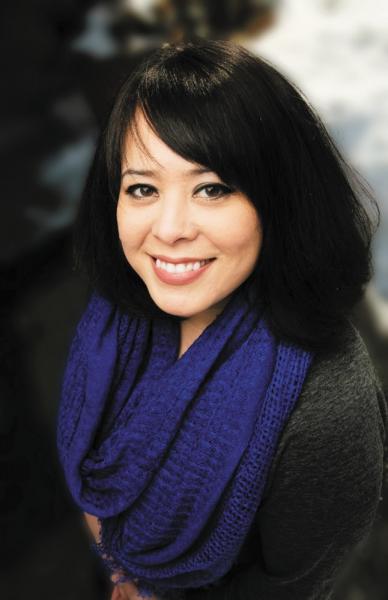 ABOUT THE AUTHOR
New York Times–bestselling author Erin Entrada Kelly was awarded the Newbery Medal for Hello, Universe. She grew up in Lake Charles, Louisiana, and now lives in Delaware. She is a professor of children’s literature in the graduate fiction and publishing programs at Rosemont College, where she earned her MFA. Her short fiction has been nominated for the Philippines Free Press Literary Award for Short Fiction and the Pushcart Prize. Erin Entrada Kelly’s debut novel, Blackbird Fly, was a Kirkus Best Book, a School Library Journal Best Book, an ALSC Notable Book, and an Asian/Pacific American Literature Honor Book. She is also the author of The Land of Forgotten Girls, winner of the Asian/Pacific American Award for Literature; You Go First, a Spring 2018 Indie Next Pick; and Lalani of the Distant Sea. The author’s mother was the first in her family to immigrate to the United States from the Philippines, and she now lives in Cebu.

York: The Map of Stars (Hardcover)

We Dream of Space (Hardcover)