IN-PERSON: Kwan Kew Lai - "The Girl Who Taught Herself to Fly" with E.B. Bartels

Kwan Kew Lai, disaster relief doctor, presents her new memoir, The Girl Who Taught Herself to Fly. Kwan will be in conversation with E.B. Bartels, author of Good Grief: On Loving Pets, Here and Hereafter.

This is a free event however we ask that you RSVP with the link below.

If you don't want to attend the event but would still like to buy a copy of the book, you can do so by scrolling down and adding the book to your shopping cart. Just remember that buying the book alone is not the same an RSVP ticket. 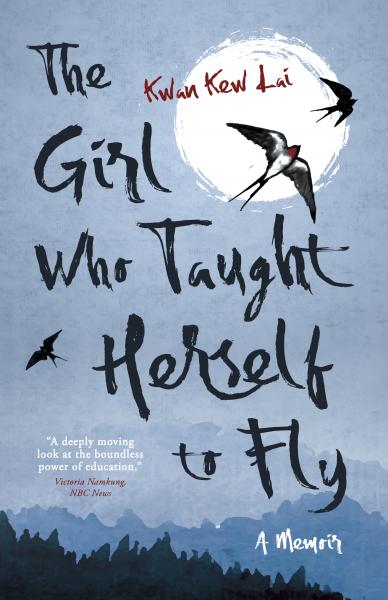 Kwan Kew Lai met her first Punjabi woman doctor while lying in a hospital bed with a severe kidney infection at the age of fourteen. Watching the woman walk away down the hall, Kwan Kew was convinced she could, and would, carve out her own destiny.

In the British Straits Settlement of Penang Island, she was born into an impoverished Chinese family of two boys and ten girls on the cusp of the Japanese occupation during World War II. She did not wish to repeat the life of her uneducated mother, burdened with an endless brood, nor tolerate the fact that her father considered girls useless since they could not carry on their family name.

The newly independent country of Malaya developed a national policy favoring one racial group, the Bumiputras, vastly diminishing her chance of receiving a university scholarship. Her fortuitous introduction to a free library and her determination to continue her education, led to the opportunity of a lifetime: a scholarship from Wellesley College.

When her father saw her off at the Penang International Airport as the first child to attend college, she proved herself to him, but more importantly she started the journey of a lifetime fulfilling dreams that originated as a young girl playing in the mud with the chickens.

In The Girl Who Taught Herself to Fly, the author weaves in her family's story of joy, sorrow, loss, love, and endless struggles with poverty and hunger. This poignant memoir, with universal and timeless themes, will leave you in awe. 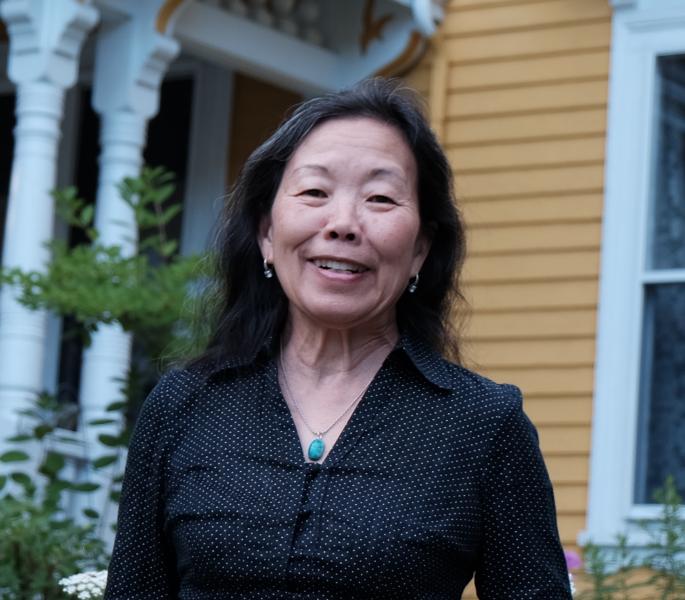 Kwan Kew Lai, MD, DMD is a Harvard Medical faculty physician, with a specialty in infectious diseases. She is a disaster relief medical volunteer who has volunteered her medical services all over the world.

Originally from Penang, Malaysia, Lai came to the United States after receiving a scholarship to attend Wellesley. Following her alma mater’s motto of non ministrari sed ministrare, not to be ministered but to minister, she tries to pay it forward.​

Lai volunteered in the HIV/AIDS epidemic in Vietnam, Tanzania, Uganda, South Africa, Nigeria, and Malawi. She responded to natural disasters such as the earthquakes in Haiti and Nepal, drought and famine in Kenya and the Somalian border, hurricane in the Philippines, Puerto Rico, the Bahamas, and the gulf coast, and to outbreaks such as cholera in Haiti. During the greatest Ebola outbreak in Africa, she treated Ebola patients in Liberia and Sierra Leone. The COVID pandemic drove her to volunteer at Elmhurst Hospital in Queens, New York, on the US Virgin Island of St. Croix, and the Navajo Nation.

She worked with the refugees of the Democratic Republic of Congo in Uganda, refugees from Syria, Afghanistan, Iran, and the Sub-Saharan Africa on mainland Greece, and in Moria Camp on the Greek Island of Lesvos, and in war-torn South Sudan, Libya, and Yemen.

When the crackdown of the Rohingya Muslims by the Myanmar army caused them to flee to Cox’s Bazar, Bangladesh, Lai spent time in the biggest refugee camp in the world.

She is the lead author of many professional publications and presentations in her field, a contributor to the Infectious Disease Society Science Speaks blog posts, and other journals and magazines.

She paints when she is inspired and exhibits her artwork at the Belmont Art Gallery. She is also a marathon runner. 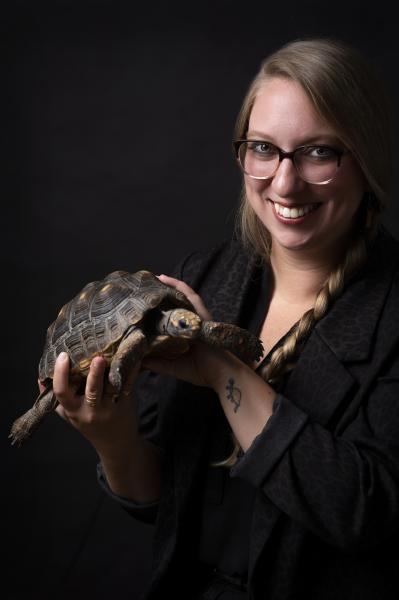 E.B. Bartels is a nonfiction writer, a former Newtonville Books bookseller, and a GrubStreet instructor, with a BA from Wellesley College and an MFA from Columbia University.

Her nonfiction has appeared in Catapult, Electric Literature, The Believer, The Rumpus, The Millions, The Toast, The Butter, and the anthology The Places We’ve Been: Field Reports from Travelers Under 35, among others. She also writes the monthly column Non-Fiction by Non-Men for Fiction Advocate, in which she interviews women, trans, and non-binary people who write nonfiction.

Good Grief: On Loving Pets, Here and Hereafter, E.B.’s debut narrative nonfiction book about the world of loving and losing animals, exploring the singular nature of our bonds with our companion animals, and how best to grieve for them once they’ve passed away, was published by Mariner Books (an imprint of HarperCollins) on August 2, 2022.

In addition to writing, E.B. also works as a freelance editor, a manuscript consultant, a writing coach, a tutor, and a senior editorial writer in the communications and public affairs department at Wellesley College. She lives outside Boston with her husband, Richie, and their many, many pets: a red-footed tortoise (Terrence), a chihuahua-pitbull mix (Seymour), a small flock of pigeons (Bert, Lieutenant Dan, and Murray), and fifteen African cichlids (all named Milton).

The Girl Who Taught Herself to Fly (Paperback)