Jennifer Blecher - "Out of Place" 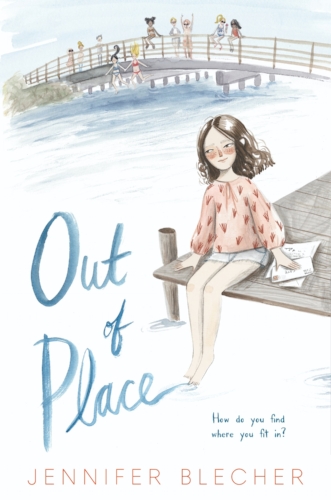 "[A] sensitive and compassionate tribute to every child who has ever felt like a misfit... A beautiful story about learning to speak up and taking risks." --School Library Journal

ABOUT THE BOOK
Jennifer Blecher’s debut novel is a voice-driven story about bullying, friendship, and self-reliance that hits the sweet spot for fans of Ali Benjamin’s The Thing About Jellyfish and Erin Entrada Kelly’s You Go First.

Twelve-year-old Cove Bernstein’s year has gone from bad to worse. First, her best friend, Nina, moved from Martha’s Vineyard to New York City. Then, without Nina around, Cove became the target of a bullying campaign at school. Escape seems impossible.

But opportunities can appear when you least expect them. Cove’s visit to a secondhand clothing store leads her to a surprising chance to visit Nina, but only if she can win a coveted place in a kids-only design competition. Cove doesn’t know how to sew, but her friend at the retirement home, Anna, has promised to teach her. And things start really looking up when a new kid at school, Jack, begins appearing everywhere Cove goes.

Then Cove makes a big mistake. One that could ruin every good thing that has happened to her this year. One that she doesn’t know how to undo.

Jennifer Blecher’s accessible and beautifully written debut novel explores actions and consequences, loneliness, bullying, and finding your voice. This voice-driven friendship story is for fans of Rebecca Stead’s Goodbye Stranger and Jodi Kendall’s The Unlikely Story of a Pig in the City. 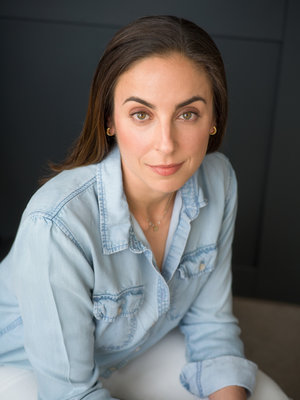 ABOUT THE AUTHOR
Jennifer Blecher lives outside of Boston with her husband, their three daughters, and a dog named Winnie in honor of her favorite bear in children's literature. They spend part of every year on Martha's Vineyard, where Jennifer takes long walks dreaming up stories, with plenty of breaks for ice cream. Out Of Place is her first novel.

Out of Place (Hardcover)