Erica Ferencik, author of The River at Night and Into the Jungle, presents Girl in Ice, a harrowing new thriller set in the unforgiving landscape of the Arctic Circle. Erica will be in conversation with Jenny Milchman, author of The Second Mother.

This  event is free and open to the public, however we ask that you RSVP through the link below. You will have the option of a free RSVP or a free RSVP plus a pre-order of the book. Books will be available after the 3/1 release date. 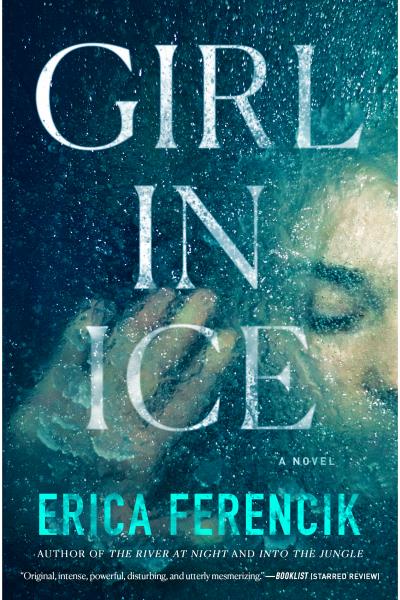 From the author of The River at Night and Into the Jungle comes a harrowing new thriller set in the unforgiving landscape of the Arctic Circle, as a brilliant linguist struggling to understand the apparent suicide of her twin brother ventures hundreds of miles north to try to communicate with a young girl who has been thawed from the ice alive.

Valerie “Val” Chesterfield is a linguist trained in the most esoteric of disciplines: dead Nordic languages. Despite her successful career, she leads a sheltered life and languishes in the shadow of her twin brother, Andy, an accomplished climate scientist stationed on a remote island off Greenland’s barren coast. But Andy is gone: a victim of suicide, having willfully ventured unprotected into 50 degree below zero weather. Val is inconsolable—and disbelieving. She suspects foul play.

When Wyatt, Andy’s fellow researcher in the Arctic, discovers a scientific impossibility­—a young girl frozen in the ice who thaws out alive, speaking a language no one understands—Val is his first call. Will she travel to the frozen North to meet this girl, and try to comprehend what she is so passionately trying to communicate? Under the auspices of helping Wyatt interpret the girl’s speech, Val musters every ounce of her courage and journeys to the Artic to solve the mystery of her brother’s death.

The moment she steps off the plane, her fear threatens to overwhelm her. The landscape is fierce, and Wyatt, brilliant but difficult, is an enigma. But the girl is special, and Val’s connection with her is profound. Only something is terribly wrong; the child is sick, maybe dying, and the key to saving her lies in discovering the truth about Wyatt’s research. Can his data be trusted? And does it have anything to do with how and why Val’s brother died? With time running out, Val embarks on an incredible frozen odyssey—led by the unlikeliest of guides—to rescue the new family she has found in the most unexpected of places.​ 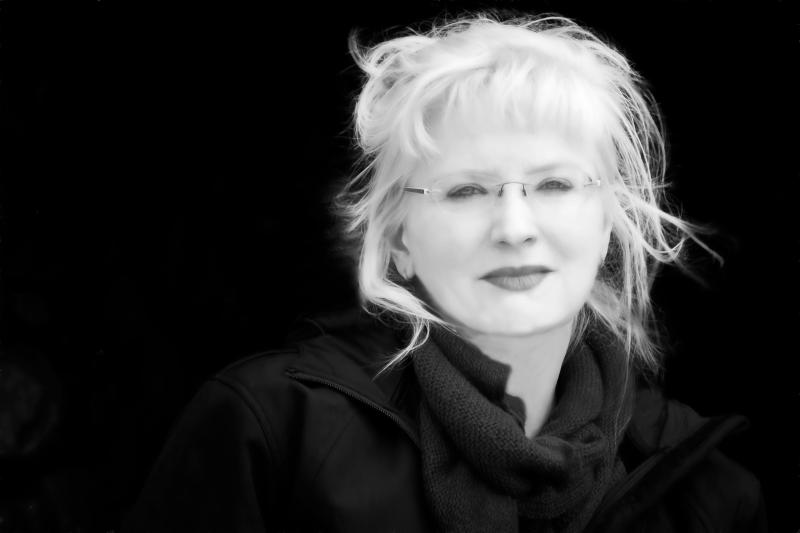 Erica says, "The research was fun but not always easy. For much of the time, I felt some level of apprehension. I had to develop ways of dealing with it just to get on the little prop plane, the dugout canoe, the helicopter, you name it, but my desire to research the books - bring the reader the real sights, sounds, smells, the real feels of a place—always trumped my fear. My passion is to create unputdownable novels set in some of the most inhospitable regions on earth, places most of us don’t get a chance to experience in person in our lifetimes.”

Erica Ferencik considers her MA in Creative Writing from Boston University just the beginning of her literary education. Her thirty-five years of writing—novels, short stories, essays, ghostwriting, ten years of standup and sketch comedy, as well as dozens of screenplays, and a brief filmmaking stint—was her boots-on-the-ground training. Her work has appeared in Salon and the Boston Globe, as well as on National Public Radio.

Erica was raised in the wilds of upstate New York during the era when—rightly or wrongly —you could take off after school to explore and no one worried, as long as you were home by dark. Now, she lives in MetroWest Boston with her "very tolerant husband and frankly enormous Maine Coon cat."

Jenny Milchman is the Mary Higgins Clark award winning and USA Today bestselling author of five psychological thrillers. Her books have been praised by the New York Times, San Francisco Journal of Books, received starred reviews from Publishers Weekly, Library Journal and Booklist, and been chosen four times as Indie Next Picks. She has been nominated for a PEN/Faulkner award and made top 10 and top 100 lists from PopSugar, PureWow, Suspense Magazine, Strand Magazine, and others. Jenny is co-chair of International Thriller Writers' debut authors program and a member of the Rogue Women Writers. A practicing psychotherapist for fourteen years, Jenny delights in delving into the nooks and crannies of human motivation while pitting her characters against forces of nature, the great outdoors--and themselves. She lives with her family in upstate New York.

Into the Jungle (Paperback)

The River at Night: A Novel (Paperback)