Dan Shaughnessy, sports columnist for the Boston Globe and author of The Curse of the Bambino, presents Wish It Lasted Forever, an unprecidented look at Larry Bird and the 1980s Celtics. This event will take place in-person at Wellesley Books.

*THIS EVENT IS NOW SOLD OUT* 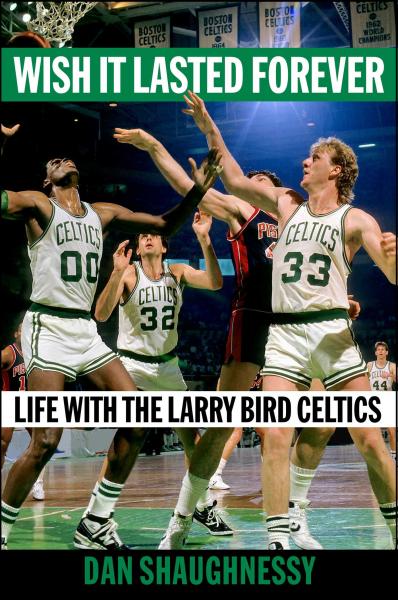 For fans of the hit basketball documentary The Last Dance, and from award-winning Boston Globe columnist Dan Shaughnessy, a nostalgia-filled retelling of the Boston Celtics’ 1980s dominance, which featured the sublime play of NBA legend Larry Bird.

Today the NBA is a vast global franchise—a billion-dollar industry viewed by millions of fans in the United States and abroad. But it wasn’t always this successful. Before primetime ESPN coverage, lucrative branding deals like Air Jordans, and $40 million annual player salaries, there was the NBA of the 1970s and 1980s—when basketball was still an up-and-coming sport featuring old school beat reporters and players wore Converse All-Stars.

Enter Dan Shaughnessy, then the beat reporter for The Boston Globe who covered the Boston Celtics every day from 1982 to1986. It was a time when reporters travelled with professional teams—flying the same commercial airlines, riding the same buses, and staying in the same hotels. Shaughnessy knew the athletes as real people, losing free throw bets to Larry Bird, being gifted cheap cigars by the iconic coach Red Auerbach, and having his one-year-old daughter Sarah passed from player to player on a flight from Logan to Detroit Metro.

Drawing on unprecedented access and personal experiences that would not be possible for any reporter today, Shaughnessy takes us inside the legendary Larry Bird-led Celtics teams, capturing the camaraderie as they rose to dominate the NBA. Fans can witness the cockiness of Larry Bird (who once walked into an All Star Weekend locker room, announced that he was going to win the three-point contest, and did); the ageless athleticism of Robert Parish; the shooting skills of Kevin McHale; the fierce, self-sacrificing play of Bill Walton; and the playful humor of players like Danny Ainge, Cedric “Cornbread” Maxwell, and M.L. Carr.

For any fan who longs to return—for just a few hours—to those magical years when the Boston Garden rocked, the LA Lakers were the perennial mountain to be climbed, and the winner’s circle was mostly colored Boston Green, Wish It Lasted Forever is a VIP courtside seat and masterful tribute to the Larry Bird era and the Celtics’ age of dominance.​ 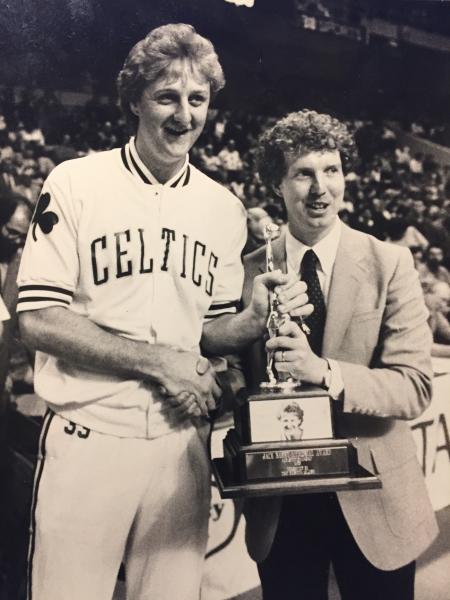 Dan Shaughnessy is a sports columnist and associate editor for The Boston Globe, as well as the New York Times bestselling coauthor of Francona and author of The Curse of the Bambino. When not writing, Mr. Shaughnessy can often be found at a Red Sox game at Fenway Park. He lives with his family in Boston.