Christine Hemp presents her new memoir, Wild Ride Home. Christine will be in conversation with Sands Hall, author of Reclaiming My Decade Lost in Scientology.

Support our independent bookstore and buy
Wild Ride Home from Wellesley Books below!
We'll ship it straight to your home. 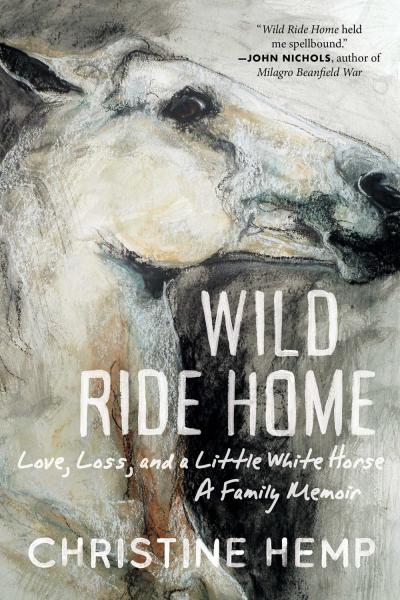 ABOUT WILD RIDE HOME
An amazingly joyous memoir told with humor and brilliant irony that illuminates the beauty of the absurdity that is life.

Christine Hemp's debut work of nonfiction, Wild Ride Home, is a brilliant memoir, looping themes of finding love and losing love, of going away and coming home, of the wretched course of Alzheimer's, of cancer, of lost pregnancies, of fly fishing and horsemanship, of second chances, and, ultimately, of the triumph of love and family--all told within the framework of the training of a little white horse named Buddy.

Wild Ride Home invites the reader into the close Hemp family, which believes beauty and humor outshine the most devastating circumstances. Such optimism is challenged when the author suffers a series of blows: a dangerous fiancé, her mother’s dementia, unexpected death and illness. Buddy, a feisty, unforgettable little Arabian horse with his own history to overcome, offers her a chance to look back on her own life and learn to trust again, not only others, but more importantly, herself. Hemp skillfully guides us through a memoir that is, despite devastating loss, above all, an ode to joy. 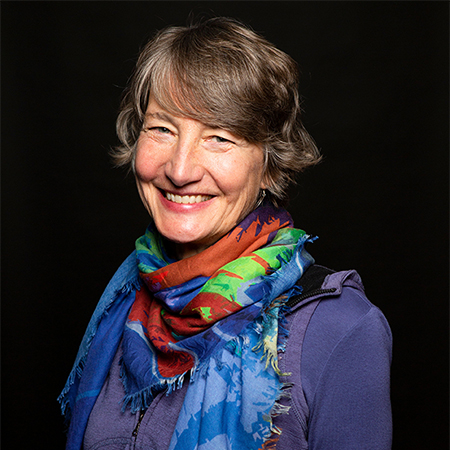 ABOUT THE AUTHOR
Christine is an author, poet, musician, speaker, and creator of some unique curriculum that has brought rave reviews and has generated groundbreaking change within organizations that have found themselves “stuck.” Having taught at Harvard University, University of New Mexico, and most recently the University of Iowa Summer Writing Festival, Christine also brings a creative, fresh approach to the business world.

She has aired her poems and essays on National Public Radio’s Morning Edition. Her essay about sending a poem of hers into space on a NASA rocket won her a First Place Northwest Society of Professional Journalism Award. Hemp’s work has appeared in such publications as the Iowa Review, Harvard Magazine, Boston Review, ZYZZYVA, Christian Science Monitor, Maine Times, the Drunken Boat, and in anthologies by Macmillan, Simon & Schuster, and Orchard Press. Her poetry chapbook “That Fall” was selected for the New Women’s Voices Series at Finishing Line Press.

Her awards include a Harvard University Conway Award for Teaching Writing, a Washington State Artist Trust Fellowship, two Barbara Deming/Money for Women grants, the Donald Murray Award at UC Davis, a fellowship for a residency at Vermont Studio Center, First Runner-Up in the Iowa Award for Literary Non-Fiction and the Paula Jones Gardiner Award for Poetry at Floating Bridge Press.

She earned her B.A. in Humanities from Willamette University in Salem, Oregon; she holds a Masters degree in English from Middlebury College in Vermont with study at Lincoln College, Oxford, England. She currently teaches at the University of Iowa Summer Writing Festival.  She lives in Port Townsend, Washington. 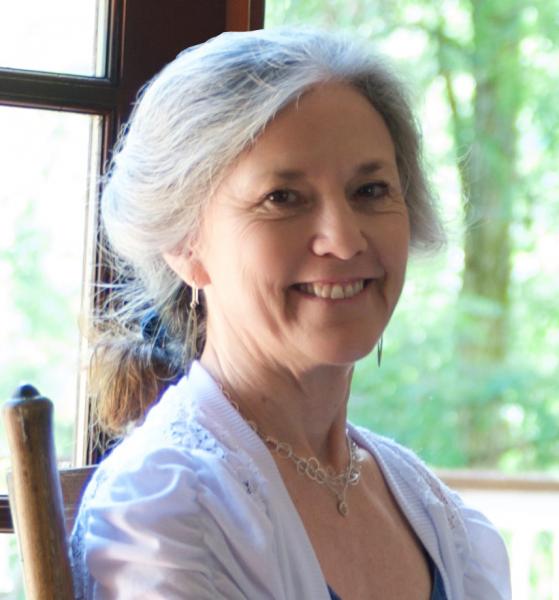 ABOUT THE MODERATOR
SANDS HALL is the author of the memoir Reclaiming My Decade Lost in Scientology (Counterpoint), finalist for the Northern California Book Award, and a Publishers Weekly Best Book in Religion and Spirituality. She is also the author of the novel, Catching Heaven (Ballantine), a Willa Award Winner, Women Writing the West; and a Random House Reader’s Circle selection; as well as  a book of essay and exercises, Tools of the Writer’s Craft. Stories and essays have been published in such places as Iowa Review, New England Review, and Los Angeles Review of Books. Her produced plays include an adaptation of Alcott’s Little Women, and the comic-drama Fair Use, which explores the “was it plagiarism?” controversy surrounding Stegner’s novel, Angle of Repose. Professor Emeritus at Franklin & Marshall College, Sands teaches for the Iowa Summer Writing Festival and for the Community of Writers at Squaw Valley, among other conferences. She is also a theater artist and, as a singer/songwriter, performs widely. Sands lives in Nevada City, California. Find out more at sandshall.com

Reclaiming My Decade Lost in Scientology: A Memoir (Paperback)