Support our independent bookstore
and buy Chris's and Laura's books
from Wellesley Books below! 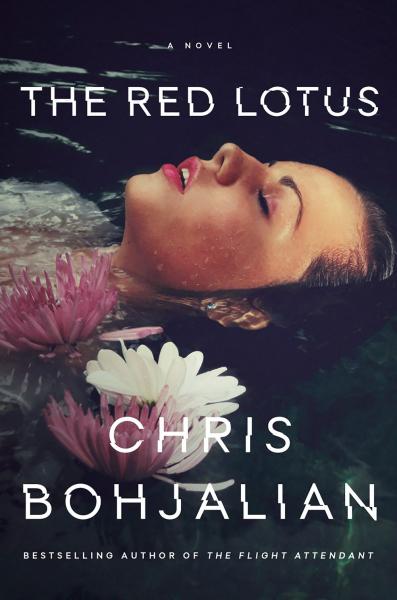 ABOUT THE RED LOTUS

“Terrific…[An] elegant noose of a plot…Bohjalian is a pleasure to read. He writes muscular, clear, propulsive sentences…As suspenseful as it is, The Red Lotus is also unexpectedly moving - about friendship, about the connections between people and, most of all, about the love of parents for children and of children for parents. Bohjalian is a writer with a big heart and deep compassion for his characters.”—Sarah Lyall, New York Times Book Review

From the #1 New York Times bestselling author of Midwives and The Flight Attendant comes a twisting story of love and deceit: an American man vanishes on a rural road in Vietnam, and his girlfriend, an emergency room doctor trained to ask questions, follows a path that leads her home to the very hospital where they met.

The first time Alexis saw Austin, it was a Saturday night. Not in a bar, but in the emergency room where Alexis sutured a bullet wound in Austin’s arm. Six months later, on the brink of falling in love, they travel to Vietnam on a bike tour so that Austin can show her his passion for cycling and he can pay his respects to the place where his father and uncle fought in the war. But as Alexis sips white wine and waits at the hotel for him to return from his solo ride, two men emerge from the tall grass and Austin vanishes into thin air. The only clue he leaves behind is a bright yellow energy gel dropped on the road. As Alexis grapples with this bewildering loss, and deals with the FBI, Austin’s prickly family, and her colleagues at the hospital, Alexis uncovers a series of strange lies that force her to wonder: Where did Austin go? Why did he really bring her to Vietnam? And how much danger has he left her in? Set amidst the adrenaline-fueled world of the emergency room, The Red Lotus is a global thriller about those who dedicate their lives to saving people, and those who peddle death to the highest bidder. 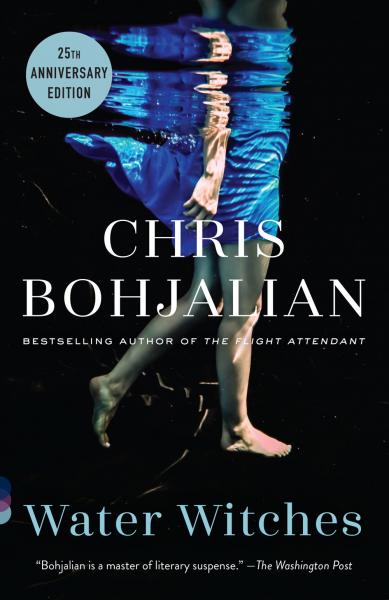 One of the very first novels by the number one bestselling author of Midwives and The Flight Attendant: a prescient, environmentalist political drama in which a small-town lawyer finds himself torn between his career and his family, and between money and the natural world.

Patience Avery is a dowser—a “water witch.” With a pair of divining rods and her natural gifts, she can locate lost items, missing people—and aquifers deep within the earth. This last skill is more in demand than ever, as the normally lush, green countryside of Patience’s native Vermont is in the grip of the worst drought in years: stunted cornstalks rasp in the hot July breeze, parched vegetable gardens wither and die, and the Chittenden River has shrunk to a trickle. Patience does what she can to help her neighbors find new water sources for exhausted wells, but she knows better than most that this crisis is a symptom of worse things to come.

Not that she can convince her brother-in-law, Scottie Winston, of this. Scottie’s spent the long, dry summer lobbying for permits to expand Powder Peak, a local ski area that’s his law firm’s principal client. As part of the expansion, the resort seeks to draw water for snowmaking from the beleaguered Chittenden, despite opposition from environmentalists who fear that the already weakened river will be damaged beyond repair.

Pressure from his wife and daughter on one side—and a slew of powerful politicians, wealthy developers, and the partners at his firm on the other—pushes Scottie closer and closer to a moral crisis that will have a profound effect not just on Scottie’s family, but on the future of the entire state. 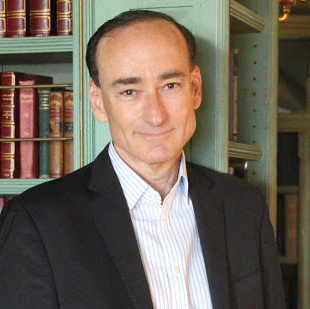 CHRIS BOHJALIAN is the #1 New York Times best-selling author of twenty-one books, including The Red Lotus, Midwives, and The Flight Attendant, which will be an HBO Max limited series later this year starring Kaley Cuoco. His other books include The Guest Room; Close Your Eyes, Hold Hands; The Sandcastle Girls; Skeletons at the Feast; and The Double Bind. His novels Secrets of Eden, Midwives, and Past the Bleachers were made into movies, and his work has been translated into more than thirty-five languages. He is also a playwright (Wingspan and Midwives). He lives in Vermont and can be found at chrisbohjalian.com or on Facebook, Instagram, Twitter, Litsy, and Goodreads. 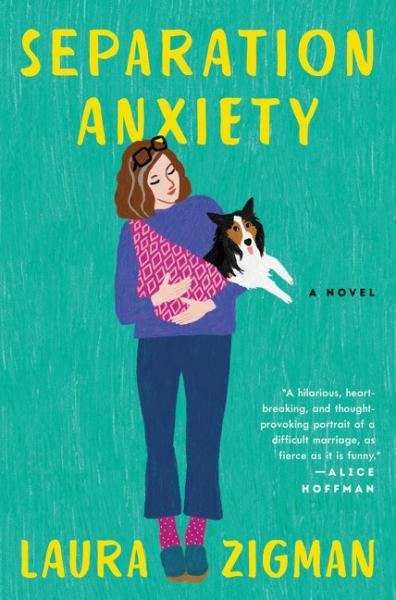 “Separation Anxiety is a hilarious, heart-breaking and thought-provoking portrait of a difficult marriage, as fierce as it is funny.... My advice: Start reading and don’t stop until you get to the last page of this wise and wonderful novel."  —Alice Hoffman

From bestselling author Laura Zigman, a hilarious novel about a wife and mother whose life is unraveling and the well-intentioned but increasingly disastrous steps she takes to course-correct her relationships, her career, and her belief in herself

Judy never intended to start wearing the dog. But when she stumbled across her son Teddy’s old baby sling during a halfhearted basement cleaning, something in her snapped. So: the dog went into the sling, Judy felt connected to another living being, and she’s repeated the process every day since.

Life hasn’t gone according to Judy’s plan. Her career as a children’s book author offered a glimpse of success before taking an embarrassing nose dive. Teddy, now a teenager, treats her with some combination of mortification and indifference. Her best friend is dying. And her husband, Gary, has become a pot-addled professional “snackologist” who she can’t afford to divorce. On top of it all, she has a painfully ironic job writing articles for a self-help website—a poor fit for someone seemingly incapable of helping herself.

Wickedly funny and surprisingly tender, Separation Anxiety offers a frank portrait of middle-aged limbo, examining the ebb and flow of life’s most important relationships. Tapping into the insecurities and anxieties that most of us keep under wraps, and with a voice that is at once gleefully irreverent and genuinely touching, Laura Zigman has crafted a new classic for anyone taking fumbling steps toward happiness.

Laura Zigman is the author of Animal Husbandry (which was made into the movie Someone Like You, starring Hugh Jackman and Ashley Judd), Dating Big Bird, Piece of Work, and Her. She has been a contributor to the New York Times, the Washington Post, and the Huffington Post, produced a popular online series of animated videos called Annoying Conversations, and was the recipient of a Yaddo residency. She lives in Cambridge, Massachusetts, with her husband, son, and deeply human Sheltie.

The Red Lotus: A Novel (Hardcover)