**THIS EVENT IS SOLD OUT! We might have extra signed copies of the book after the event, so give us a call from Wednesday onwards if you're interested. Our phone number is 781-431-1160.**

We are thrilled to announce that Bruins superstar Bobby Orr will be at Wellesley Books to sign copies of Bobby: My Story in Pictures. This new book tells the incredible story of Bobby’s life through never-before-seen photos from his personal collection.

-Each ticket for the signing line includes a copy of Bobby: My Story in Pictures, and everybody in line needs a ticket. E.g. If a Joe, Cindy, and their child, Ben, want to meet Bobby, all three people need a ticket, and all three will get a copy of the book. No one will be allowed in the line without a ticket/book.

-Be absolutely certain to select the correct ticket/book combination when buying your ticket(s). Wellesley Books will be placing book orders with the publisher based on the information you provide, therefore we cannot guarantee there will be extra copies available at the event.

-Bobby will only sign copies of Bobby: My Story in Pictures, and all copies must have been bought from Wellesley Books. No memorabilia or additional items will be permitted, including sports equipment, posters, clothing, other books, DVDs, etc.

-Bobby will sign your book, but will not have time to personalize it.

-Candid photos with Bobby as he signs are allowed (no flash). No posed photos are allowed.

-The signing line will be first-come-first-served. You will receive a wristband on arrival that secures your place in the line. 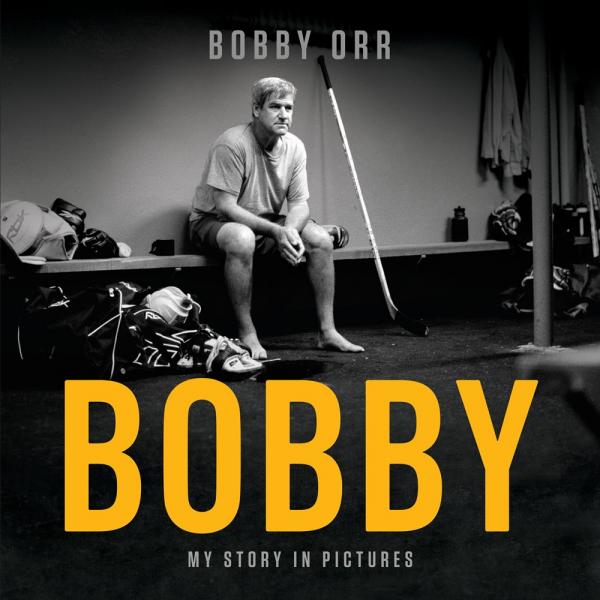 ABOUT THE BOOK
The incredible story of the life and phenomenal career of hockey’s most legendary superstar, told through never-before-seen photographs.

The name Bobby Orr has become synonymous with greatness. With sublime, seemingly effortless grace. With complete dominance over his peers. But also with humility.

No one who has ever played the game casts quite as long a shadow into legend. And yet, behind the statistics, the trophies, and the championships is the man himself. The son and brother, the teammate, the husband and father. There were losses to go along with the victories, disappointments alongside the accomplishments. Without those people around him, and without the challenges along the way, the triumphs would have meant much less.

Now, for the first time, Orr opens up about these chapters in his life and the people he shared them with, telling his story though his personal collection of photos. Capturing not only a legendary career and incredible life, Bobby: My Story in Pictures also brings into focus a different time, when the hockey was grittier and being a good person was as important as being a great athlete.

Intimate, thoughtful, and full of never-before-seen shots of Bobby Orr and those close to him, Bobby: My Story in Pictures is a glimpse into the world of the game’s most revered star. 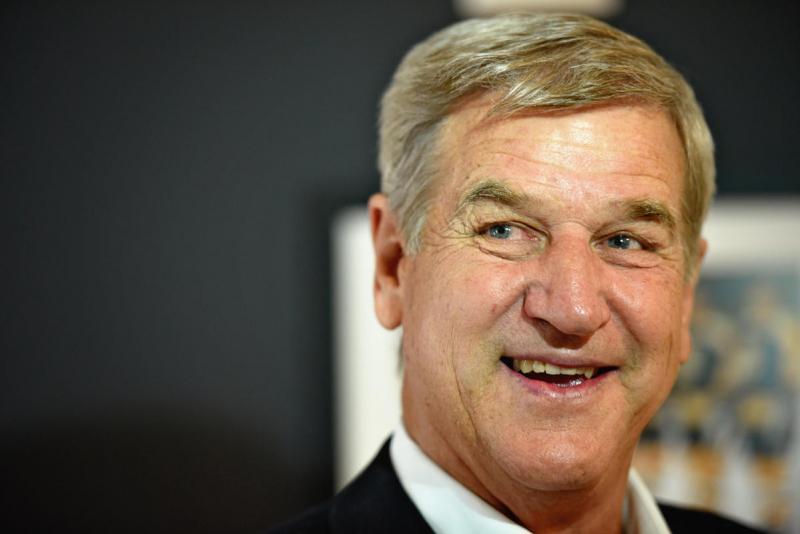 ABOUT THE AUTHOR
Bobby Orr, born in Parry Sound, Ontario, in 1948, played for the Boston Bruins from 1966 through 1976, and helped lead the Bruins to the Stanley Cup championship in 1970 and 1972, and to the finals in 1974. He also played two years for the Chicago Blackhawks. He is widely regarded as one of the greatest hockey players—maybe the greatest hockey player—of all time. His speed, scoring, and playmaking abilities revolutionized the position of defenseman. As of this date, he remains the only defenseman to have won the Art Ross Trophy league scoring title—twice—and still holds the record for most points and assists at that position. After his retirement in 1978, Orr was active with business and charitable works, and in 1996, Orr entered the player agent business, and today is president of the Orr Hockey Group agency. He has been invested with the Order of Canada and the Queen Elizabeth II Diamond Jubilee Medal, and in 2010 was one of eight athletes who bore the Olympic flag out during the opening ceremonies of the Vancouver Olympics. The Bobby Orr Hall of Fame is in Parry Sound, Ontario.

Bobby: My Story in Pictures (Hardcover)