ONLINE: Anthony Horowitz - "A Line to Kill" in conversation with Jeff Kinney

Anthony Horowitz, author of the brilliantly inventive The Word Is Murder, returns with A Line to Kill, his third whodunit featuring intrepid detectives Hawthorne and Horowitz. Anthony will be in conversation with Jeff Kinney, author of the Diary of a Wimpy Kid series and owner of An Unlikely Story bookstore.

This is a ticketed event. Your ticket includes a signed copy of A Line to Kill. Please note that this event will take place at 5pm EDT, since Anthony will be joining us from the England.

Buy tickets online through Eventbrite by clicking the button below (fees apply), or by calling us at at 781-431-1160 (no fees). Ticket-holders will be emailed the Crowdcast access info on the day of the event.

This event will be hosted by fellow independent bookstore, An Unlikely Story. 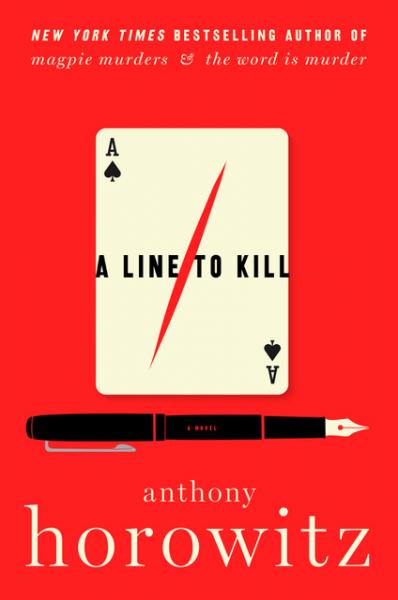 ABOUT A LINE TO KILL

When Ex-Detective Inspector Daniel Hawthorne and his sidekick, author Anthony Horowitz, are invited to an exclusive literary festival on Alderney, an idyllic island off the south coast of England, they don’t expect to find themselves in the middle of murder investigation—or to be trapped with a cold-blooded killer in a remote place with a murky, haunted past.

Arriving on Alderney, Hawthorne and Horowitz soon meet the festival’s other guests—an eccentric gathering that includes a bestselling children’s author, a French poet, a TV chef turned cookbook author, a blind psychic, and a war historian—along with a group of ornery locals embroiled in an escalating feud over a disruptive power line.

When a local grandee is found dead under mysterious circumstances, Hawthorne and Horowitz become embroiled in the case. The island is locked down, no one is allowed on or off, and it soon becomes horribly clear that a murderer lurks in their midst. But who?

Both a brilliant satire on the world of books and writers and an immensely enjoyable locked-room mystery, A Line to Kill is a triumph—a riddle of a story full of brilliant misdirection, beautifully set-out clues, and diabolically clever denouements. 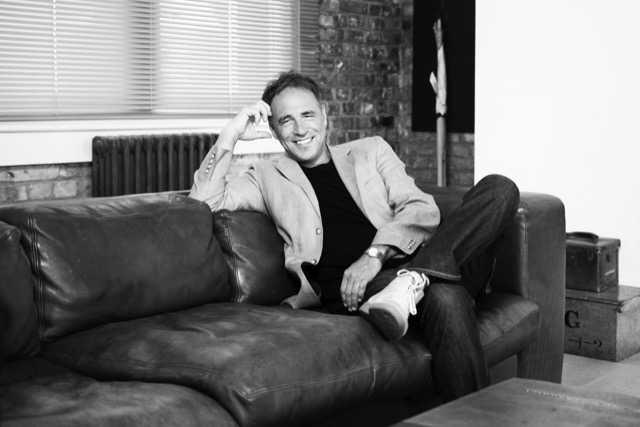 Anthony Horowitz, one of the UK’s most prolific and successful writers, may have committed more (fictional) murders than any other living author. His novels include Moonflower Murders, Magpie Murders, Trigger Mortis, Moriarty, The House of Silk, The Word Is Murder, The Sentence Is Death, and the bestselling Alex Rider series for young adults. As a television screenwriter he created both Midsomer Murders and the BAFTA-winning Foyle’s War on PBS. He lives in London. 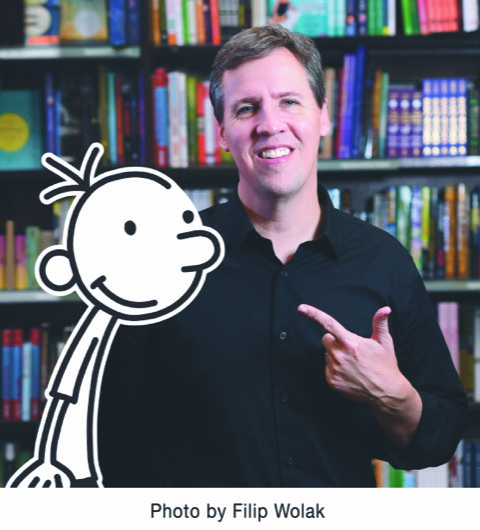 Jeff Kinney is a #1 New York Times bestselling author of the Diary of a Wimpy Kid series and the Awesome Friendly Kid series. He is a six-time Nickelodeon Kids’ Choice Award winner for Favorite Book and has been named one of Time magazine’s 100 Most Influential People in the World. He spent his childhood in the Washington, D.C., area and moved to New England, where he and his wife own a bookstore named An Unlikely Story.